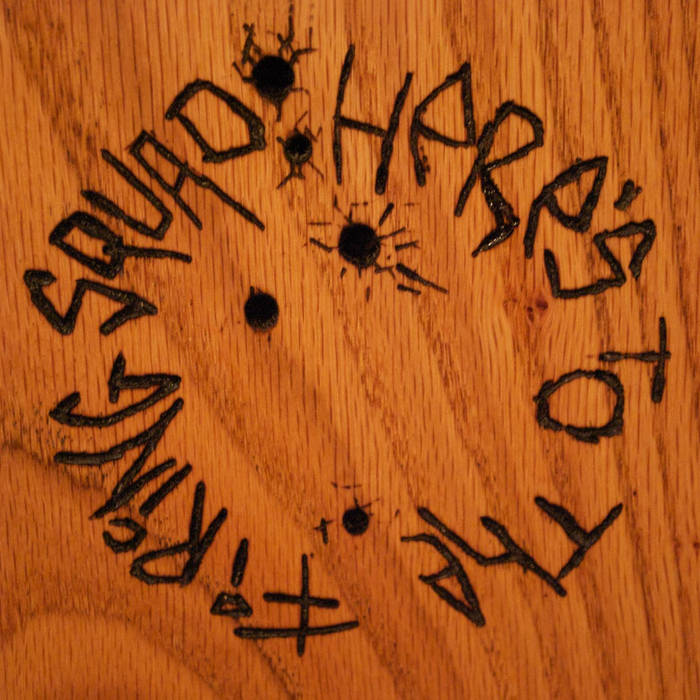 Here’s to the Firing Squad is a new video EP project Mnolo and I have been working on. This project was a true collaboration. The process began with me making a very rough outline of a beat, and sending it off to Mnolo. He edited and reworked all the sounds and structure before sending it back my way. We did this a few times before I wrote any lyrics. Once I had written the songs, I sent them back to Mnolo. He edited the structure of my lyrics and sent them back to me for final takes. All the sounds, lyrics, and arrangements in this project are original with the exception of a classical Russian sample we used on the hook for Jumper Cable Pimp. I also shot 5 videos for this project with the help of Marc from Mofoz Visualz. I’ll be releasing one a week up to the release of the physical EP. You can pre-order Here’s to the Firing Squad at JAYSINLIVEDHERE. Each album will include a sticker and poster art pack. Hope you enjoy listening to and watching these videos as much as we did making them. STRANGE MUSIC FOR STRANGE TIMES #SMFST

Bandcamp Daily  your guide to the world of Bandcamp

Tasty gems from around the world, plus interviews with Kaitlyn Aurelia Smith and Nick Hakim.